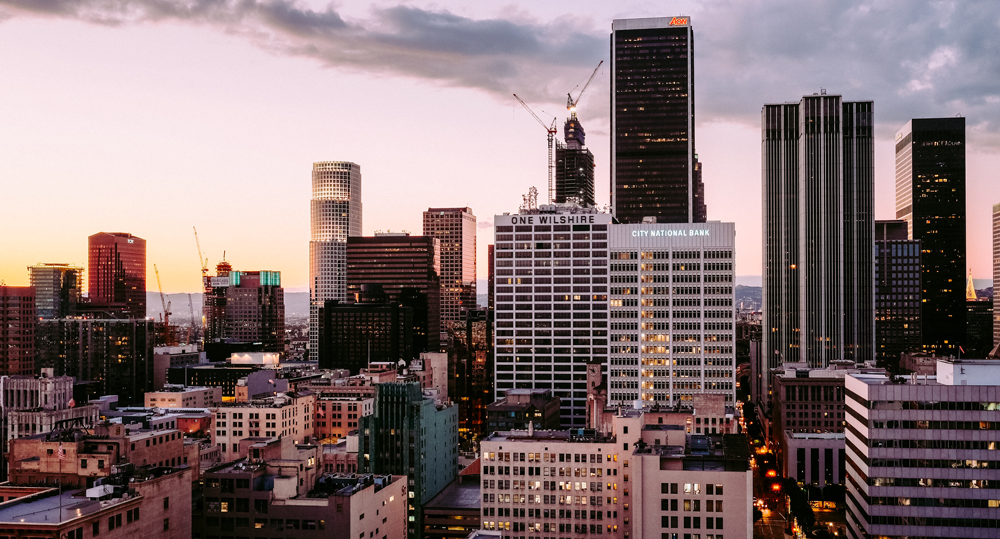 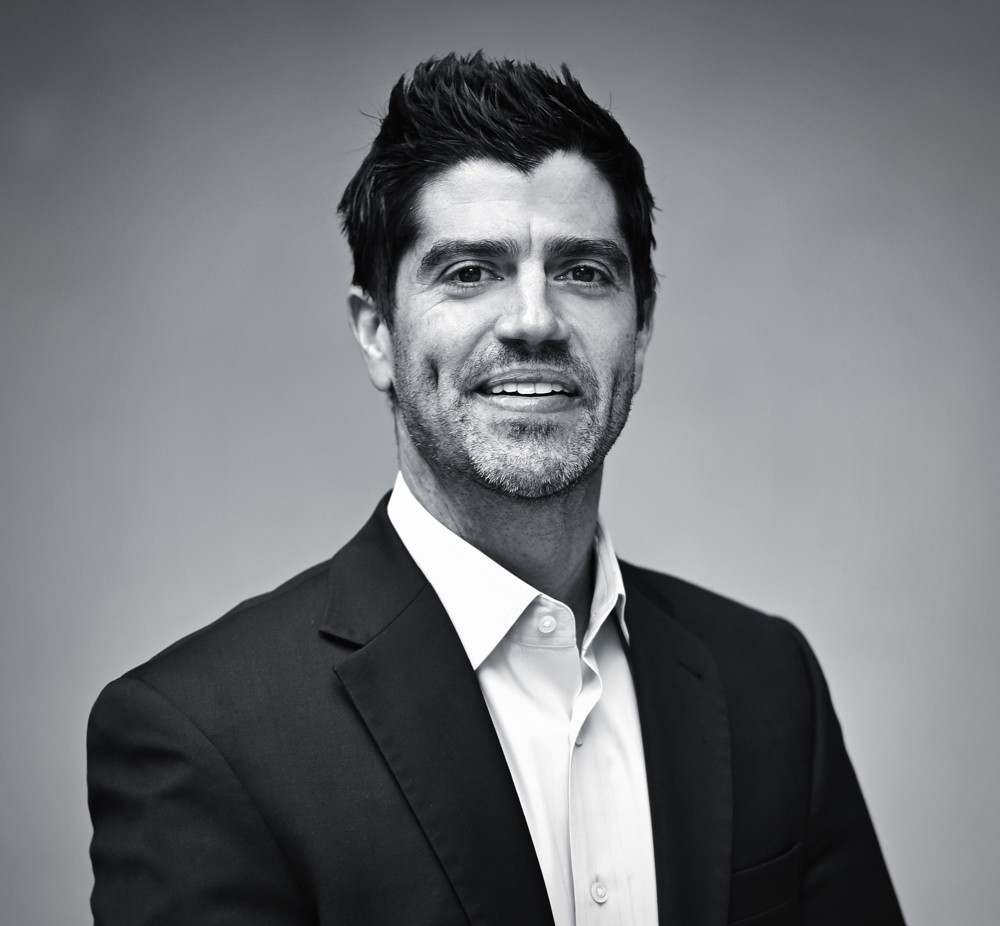 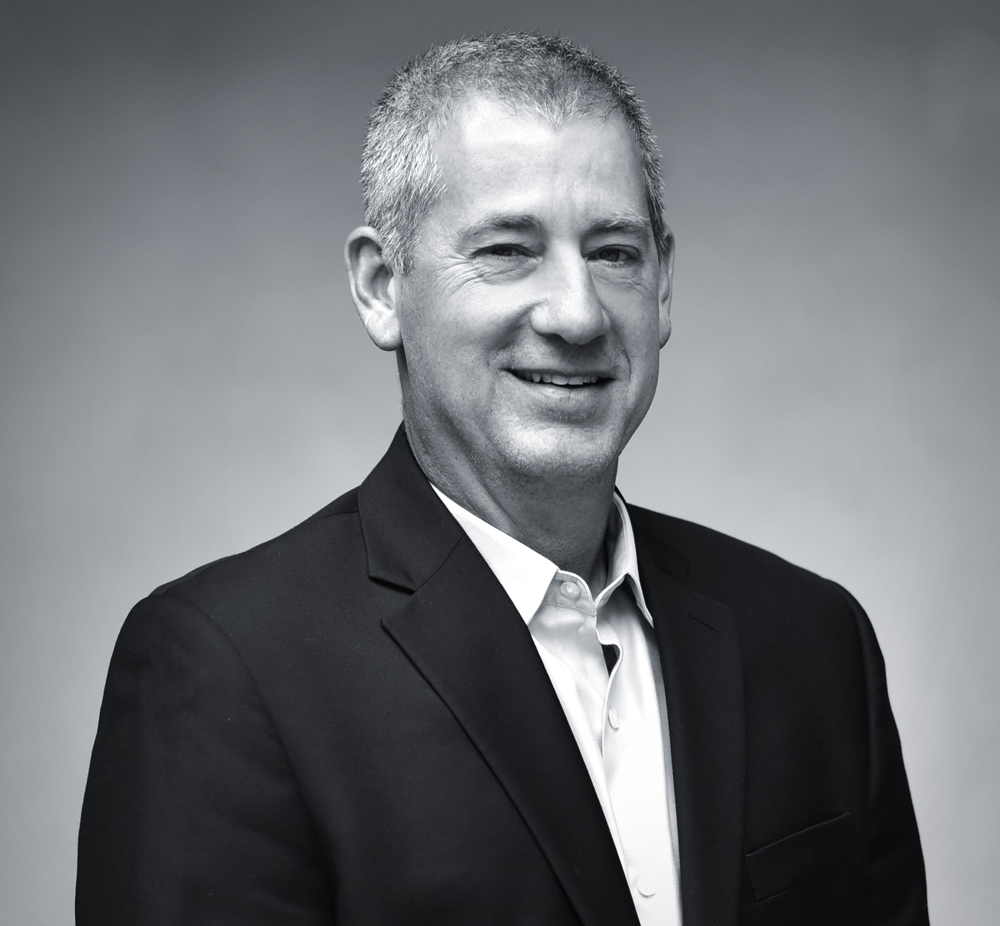 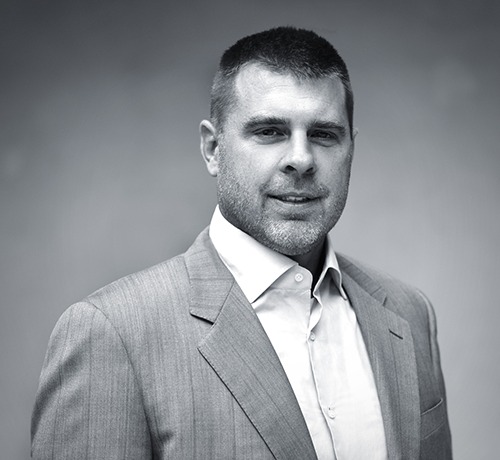 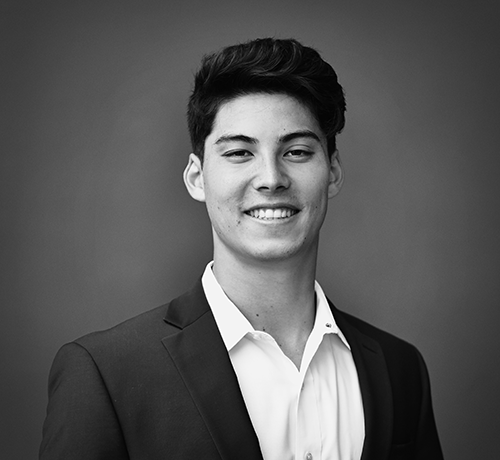 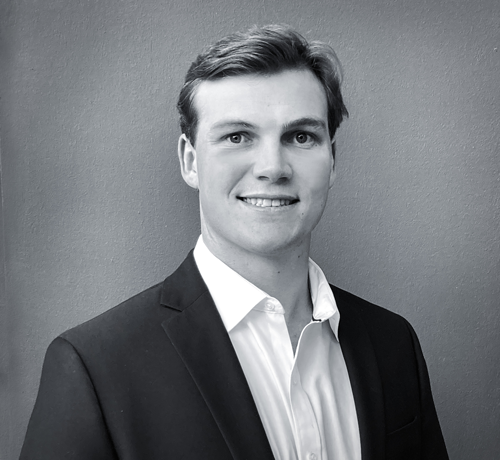 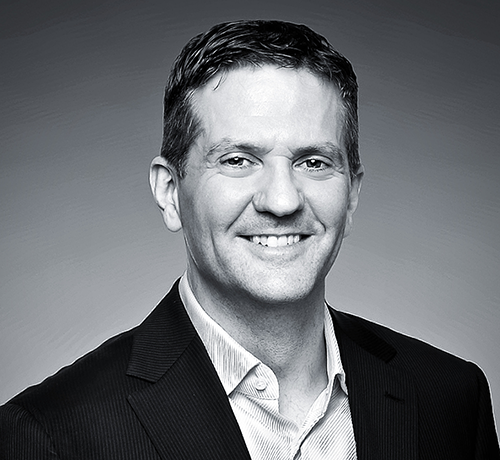 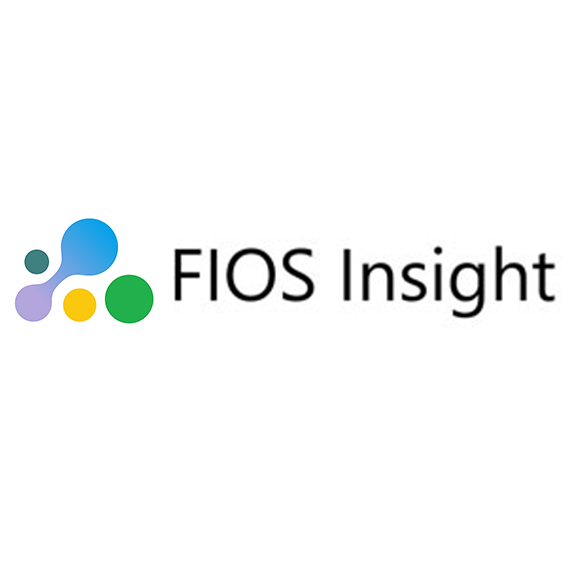 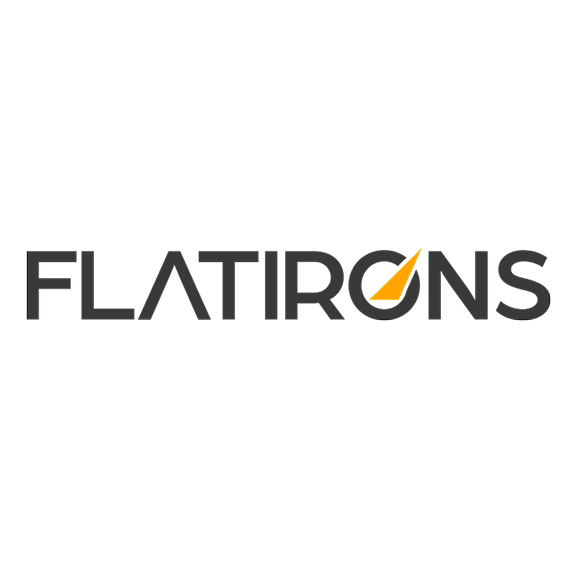 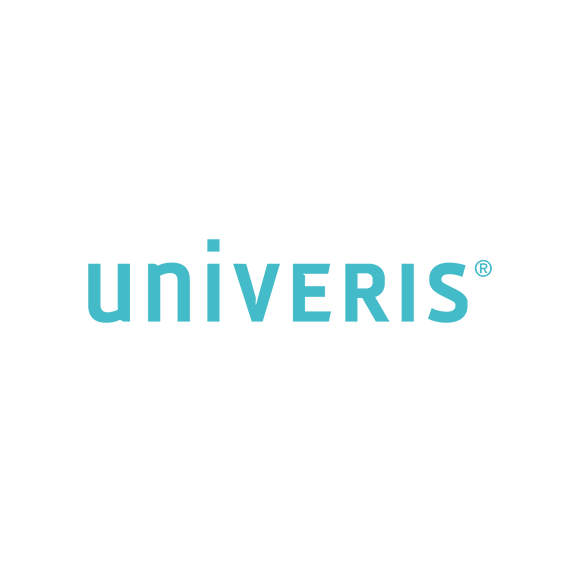 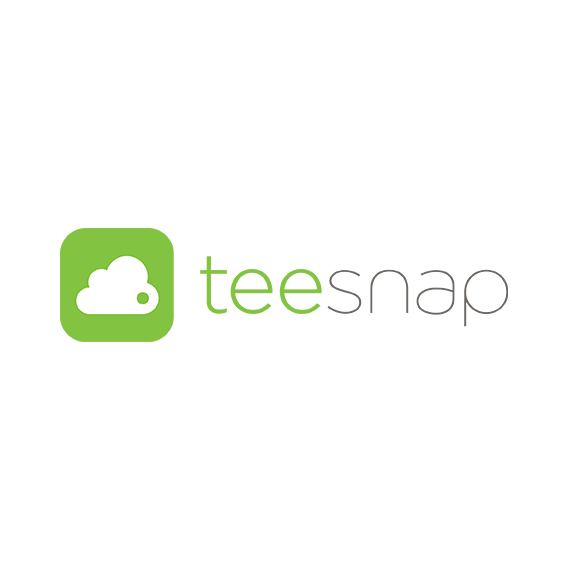 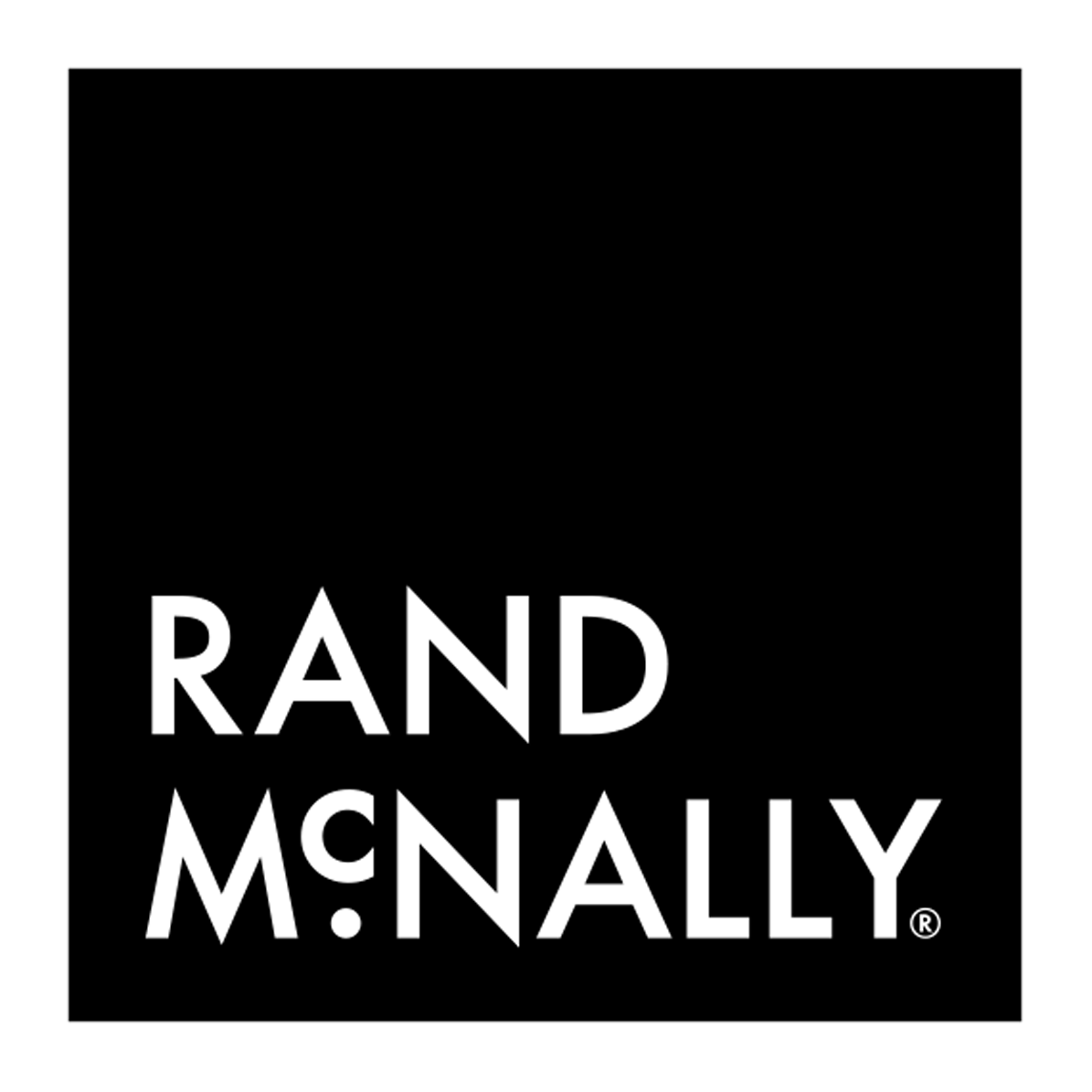 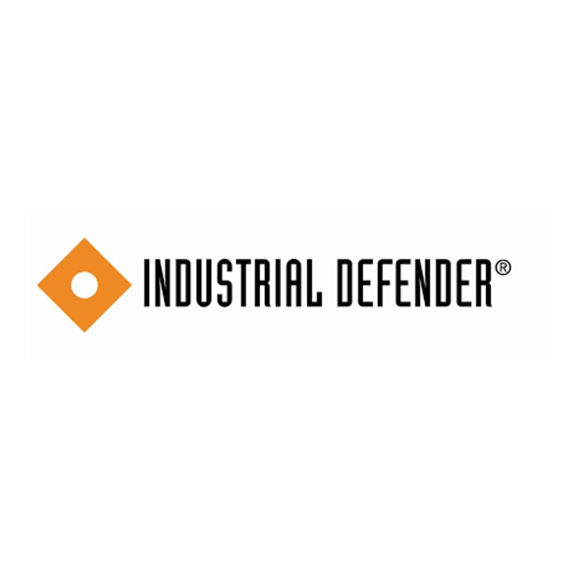 TELEO Capital Management, LLC (“TELEO”) is excited to announce a new social impact initiative being launched in partnership with CareerSpring, an organization that works to unlock the employment...

This innovative technology encompasses a full suite of operations control and enables customers to provide automated, value-add services to advisors and investors, while maintaining an industry leading level of security and compliance.

George has deep investing and transactional expertise. Prior to co-founding TELEO Capital, George was a Partner at Marlin Equity Partners for over a decade. He was on the Investment Committee for four Marlin Funds (I, II, III, and Heritage). During his time at Marlin, he led over twenty acquisitions (both platform and follow-on), including Caprio, Liquent, and Duncan Solutions. Prior to Marlin, George worked in management consulting with McKinsey & Company and in investment banking with CIBC Oppenheimer, focusing on mergers and acquisitions.

George earned an M.B.A. from the Stanford Graduate School of Business and a B.A. in Economics from the University of California, Los Angeles, where he was an Academic All-American and three-year starter on the football team. 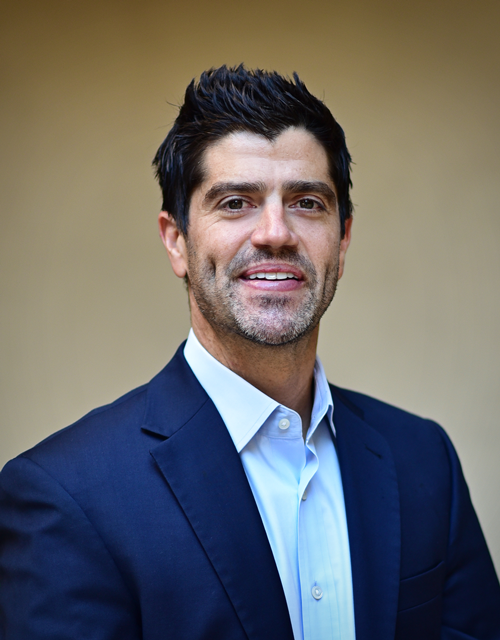 Andy has deep financial, investing, operational, restructuring, and transactional expertise. Prior to co-founding TELEO Capital, Andy helped launch a family office based in Beverly Hills called Strategic Equity, Inc. Prior to Strategic Equity, Andy worked as a Principal at Marlin Equity Partners as a deal lead in Fund II and III. His most recent transactions at Marlin included Prologic, FCTI, and Burroughs Payment Systems. Prior to Marlin, Andy worked at the Gores Group (“Gores”) in New York, where he focused exclusively on investments in the technology and telecom sectors. At Gores, Andy was involved in the successful acquisitions of Proxicom and Global Tel Link. Before joining Gores, Andy worked at Bay Harbour Management, a special situations hedge fund, and as an investment banker at Credit Suisse in the media and telecom group.

Robb Warwick is a Managing Partner and member of TELEO Capital’s Investment Committee. Robb, as CFO and Head of Operations, is primarily responsible for commercial, financial, and tax due diligence as well as valuation, operational improvements, and portfolio management. In addition, Robb is also responsible for the firm's back-office functions, including fund administration and accounting, taxes, and compliance.

Robb has deep financial, operational, and restructuring expertise. Prior to co-founding TELEO Capital, Robb held many roles, including Head of Operations at Marlin Equity Partners from 2005 until July 2018. He was on the Investment Committee for seven Marlin Funds (II, III, IV, V, Heritage, Heritage II, and Europe). During his time at Marlin, he was involved in over 100 acquisitions (both platform and follow-on). Prior to Marlin, Robb was CFO at Micron Computer, Inc., Tax Manager at Micron Technology, Inc., controller at Futura Corporation, manager at Coopers & Lybrand (now known as PWC), and corporate controller and Vice President of Tax at Micron Electronics, Inc.

Robb earned his CPA certificate in 1990, which is currently inactive, and earned a double major in Accounting and Business Administration from Northwest Nazarene University, where he was a four-year starter on the basketball and tennis teams. 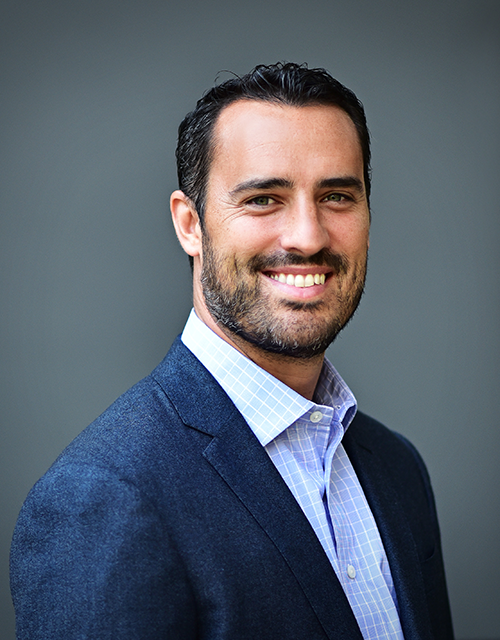 Matt has deep investing expertise, bringing over 15 years of sourcing experience in the lower middle market. Prior to TELEO Capital, Matt was Global Head of Business Development with a Los Angeles based investment firm focused on lower middle -market corporate carve-outs and special situations. Prior to that, he was a Principal at Evergreen Pacific Partners and Vice President at Marlin Equity Partners. He was instrumental in some of the firm’s most successful transactions during his tenure. Matt started his investment career at Platinum Equity in the global business development team.

Matt earned a B.S. in Business Administration from the Pennsylvania State University.

Brian Willmer is a Vice President at TELEO Capital. Brian’s primary responsibilities include deal origination and qualification, operational support, leadership training and helping build / maintain the culture of TELEO. Prior to joining TELEO, Brian coached college football for 19 years(four of those years as a head coach).

Brian earned a B.A. in Political Science and an M.A. in Higher Education and Organizational Change from the University of California, Los Angeles. He was the Captain on the 1997 UCLA football team and the 1996 team Defensive MVP. 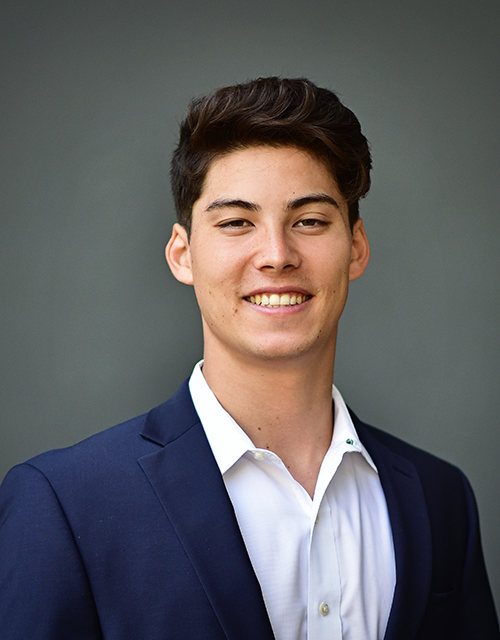 Connor Martin is a Senior Associate at TELEO Capital. Connor’s primary responsibilities include deal origination and qualification. Prior to joining TELEO, Connor was an Associate at Critical Point Capital, where he helped lead their business development efforts.

Connor earned a B.S. in Business Administration from the University of Southern California Marshall School of Business.

Joseph Roark is an Operating Partner at TELEO Capital with over 20 years of experience as a Global Operating Partner, Investment Partner, Chairman, CEO, and president of private equity firms and both publicly and privately held businesses serving a variety of industrial and technology markets in dozens of vertical markets, which distributed and manufactured in over 130 nations.

Joe’s career spans 34 years in executive leadership roles with leading global companies such as Danaher Corporation, Kohler Company, and Weir Group.  He has also served as an Operating Partner with Marlin Equity Partners, where he served as Chairman of three highly diversified companies. Joe has been president of two Danaher Corporation companies, group president of four Weir Group PLC (UK based) companies (concurrently serving as lean business systems’ matrix leader of 22 additional businesses), and CEO of a three-division private equity-owned software (SaaS) and electronics hardware manufacturer.  Additionally, Joe has led manufacturing and/or software development start-ups in the US, China, India, and Brazil. His broad experience in strategic planning and business development has been instrumental in the identification and targeting of creative growth acquisitions, new product/market opportunities, and start-ups.  He has led dozens of acquisition due diligence efforts around the world, followed by the successful integration of those businesses into his acquired companies’ culture and processes.

Paul is an Operating Partner at TELEO Capital with over 30 years of experience leading, managing, and consulting in diverse operations, which range from $10M private equity-owned businesses to $45B 100K-person matrixed organizations with a record of exceeding revenue, profit, cost leadership, and market objectives in the US and internationally.

Most recently, Paul was managing partner of Private Equity Performance Partners and CEO of Sales Performance Holdings, engaging with PE owned operating companies like Vistage, Predictive Index, Redmond and Greer Pharmacy Supply, and Tellabs. Paul has also led transformations in insurance and health care companies, serving as interim SVP of sales and account management at Blue Cross of Idaho and engaging with CHP Health Plans, Blue Cross Blue Shield of Tennessee, and Farm Bureau Insurance. He also served as CEO of the Reliant-Advocacy Group, a leader in insurance sales training and consulting. Paul has also served in several executive leadership roles within the State Farm Enterprise, leading the office of strategy management.

Paul earned his E.M.B.A. from the Pepperdine Graziadio Business School in Malibu, California.

Matt Scholl is an Operating Partner at TELEO Capital with over 25 years of executive experience directing sales, marketing, product management, operations, and acquisitions. He evaluates and guides TELEO Capital portfolio companies with a particular emphasis on software, cloud, and mobile-based technology solutions.

Previously, Matt served as CEO of Aldon Computer Group and an Operating Partner at Marlin Equity Partners. While at Aldon, he expanded into international markets, introduced SaaS offerings, and added the concepts of Agile management. Matt was instrumental in helping with the transition and successful acquisition of Aldon by Rocket Software.

Prior, Matt also worked with Aligo (later acquired by Corrigo), an early pioneer in mobile business applications. Matt has been a strategic software consultant for a number of SaaS start-ups and still involves himself in helping local technology-focused nonprofits in the Oakland, California area. 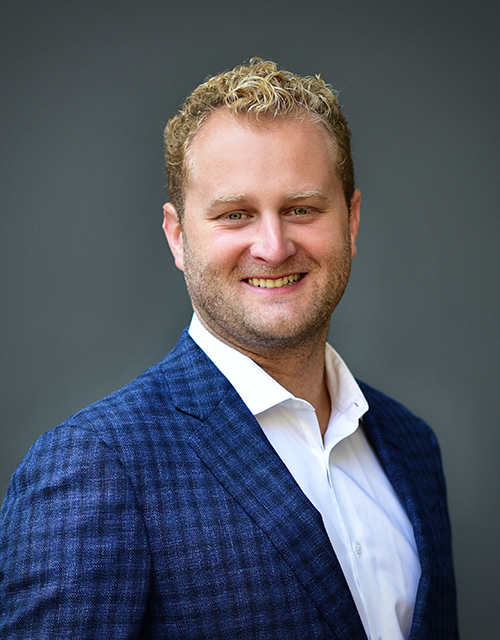 Prior to TELEO, he worked as a Senior Associate on the Marlin Equity Investment Team, assisting on transactions across a number of software verticals. Max began his career at Harris Williams & Co., working as a sell-side M&A investment banker focused on TMT and healthcare & life sciences.

Max earned a Master's in Finance from Claremont McKenna College and a B.A in Economics from the University of California, San Diego.

Prior to joining TELEO Capital, Eric worked at J.P.Morgan as a sell-side M&A investment banker focused on power & renewables. Eric began his career at GAMCO investors, working as an equity analyst for the Gabelli utilities and telecom funds.

Eric is a CFA charterholder and earned an M.B.A from Columbia University and a B.A. in economics from the University of Pennsylvania.

Kelly is an Associate at TELEO Capital. Kelly’s primary responsibilities include deal qualification, due diligence, transaction support and execution, and portfolio monitoring.

Prior to joining TELEO, Kelly worked as summer intern at Oak’s LAB and Sony Pictures Entertainment.

Kelly graduated with a B.S. in Management Science and Engineering with a Finance and Decision emphasis from Stanford University. 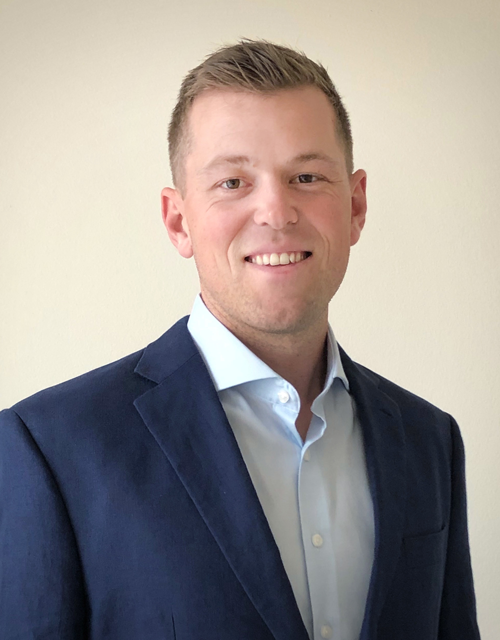 Andrew is an Associate at TELEO Capital. Andrew’s primary responsibilities include sourcing add-on acquisitions for the firm’s existing portfolio companies and deal qualification.

Prior to joining TELEO Capital, Andres was a professional baseball player with the Chicago Cubs and New York Mets organizations.

Andrew earned a B.A. in Business Administrations from the University of Washington.

Kristine Croft is a Finance Director at TELEO Capital. Her primary responsibilities include financial due diligence, support, and advisement on business processes for portfolio companies.

Kristine began her career at PricewaterhouseCoopers (PwC) in San Francisco, California where she specialized in hedge fund management and emerging technologies. She has extensive experience developing and directing Finance and Accounting functions for startups, midsized and multi-billion-dollar organizations across a broad spectrum of industries. Most recently she was Vice President of Finance for a scaling SaaS firm.

Erin Warwick is a Finance Director at TELEO Capital. Her primary responsibilities include financial due diligence, support, and advisement on business processes for portfolio companies.

Prior to joining TELEO Capital, Erin was an Accounting Manager at Fisher’s Technology for over six years. Her responsibilities included oversight of the accounting department, annual audit, board reporting, Accounts Receivable and Accounts Payable, as well as special financial projects for three acquisitions made by the company.  Prior to Fisher’s Technology, Erin held accounting related roles at Marlin Equity Partners .

Erin received a B.B.A in Accounting from Boise State University

Genevieve Forsman is an Associate at TELEO Capital. Genevieve’s primary responsibilities include deal origination and qualification. Prior to joining TELEO, Genevieve was an M&A Associate at Bainbridge Capital Advisory, a San Diego-based boutique investment bank. While at Bainbridge, Genevive focused on deal origination, research and client relations for private equity funds and strategic buyers.